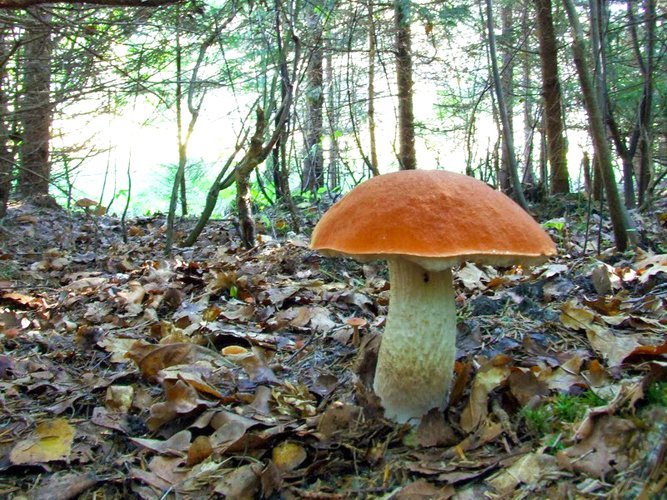 I’ve been thinking a lot about fungi lately….fungi and toxins.  I’ll get to the toxins at another time, but fungi are very interesting little creatures.  You’ve heard of mycorrhizae, right?  There has been much chatter in the gardening world of mycorrhizae (pronounced MY-COR-YZA) but many people may not know what exactly mycorrhizae do, what they are and why they’re important.  I’ll try to quickly sort it out here.

(First, mycorrihizae aren’t plant roots and they aren’t exactly fungi, they are the connectors between the two.  For simplicity, I’m t

​ eating them here as a unit.  My apologies to all scientific types who find this a disgusting example of a layperson oversimplifying perfectly comprehensible scientific facts.)

We’ve known about mycorrhizae for a long time.  These little fungal plant pals have been around for millennia.  Some speculate that they were a key factor in moving aquatic plants onto land millions of years ago.  However, advanced research on these plant/fungal relationships is relatively recent, still evolving and may actually save the world (see TED talk below.)

There are many specific types of mycorrhizae.  They are generally categorized into two types depending on how they colonize the roots of a plant; ectomycorrhizae andendomycorrhizae.  Both attach themselves to plant roots which then lengthen the reach of the root well beyond the distance the root can actually extend itself.  The ectos colonize the surface of roots and the endos colonize the cellular layers below the root surface and extend out.

Not only do these fungal networks spread long distances but they are tiny and can push into very small soil pores in search of water and nutrients, to places plant roots can’t reach.  You thought roots were small?  Well, these little mushrooms are much, much smaller.  Some can only be clearly seen with an electron microscope. But some, like the delicious truffle, are big and much sought after.  Why do the plants allow these little interlopers to invade them?  Because they nourish the plants, water them and protect them from disease.   And, here’s the key takeaway point for home gardeners:  They do it so you don’t have to.

You may not know it, but you are nurturing a system of mycorrhizal connections in your garden right now.  Yes, right now.  What a good gardener you are!

There are a couple of ways you can accidentally do damage to this web of fungal plant helpers, so try to avoid doing these couple of things and your plants, trees and shrubs will thank you.
1) Don’t rototill your soil… as in the good old days of farming.
Rototilling basically chops up the fungal networks and it takes them a while to
rebuild themselves after the assault.
2) Don’t dump excess nitrogen or synthetic fertilizers on your plants.  The plants don’t
need their co-dependent little fungi if they have you and they will summarily drop their
fungal network in favor of your easy N, so don’t be an enabler.

(By now you may be wondering what the fungi get out of this arrangement…don’t worry, they are fairly compensated in the form of carbohydrates, sugar, fed to them by the plant.)

One final point to make about mycorrhizae; they pal around with about 95% of the plant world.  This means that most of the plants in your garden are willing to take their calls, accept their friend request and have dinner with them.  So invite them in!  Don’t be shy.  Fungi are your friends.

One other final point to make about mycorrhizae.  A number of organic soil companies and plant growers (including the most famous of all ‘Crafters’ of plants) inoculates their growing soils with these fungi.  When you plant one of their plants, you receive the invisible gift of mycorrizhael inoculation for the extra dollars you spend on their plants.  Doesn’t that make you feel better about spending over $12 on a 1 gallon plant?

One other final point, and this is my final, final point.  You can inoculate your existing soil with mycorrizhae.

If you find this subject as endlessly fascinating as I do, take a look at this TED talk.  You will never, ever look at a mushroom the same way again.