Jodie Cook Design, in collaboration with Smith Architects, lifted this HOA clubhouse building and landscape into the present by refreshing an outdated building façade with a Spanish Colonial design, and placing priority on a diverse, habitat-rich plant palette! 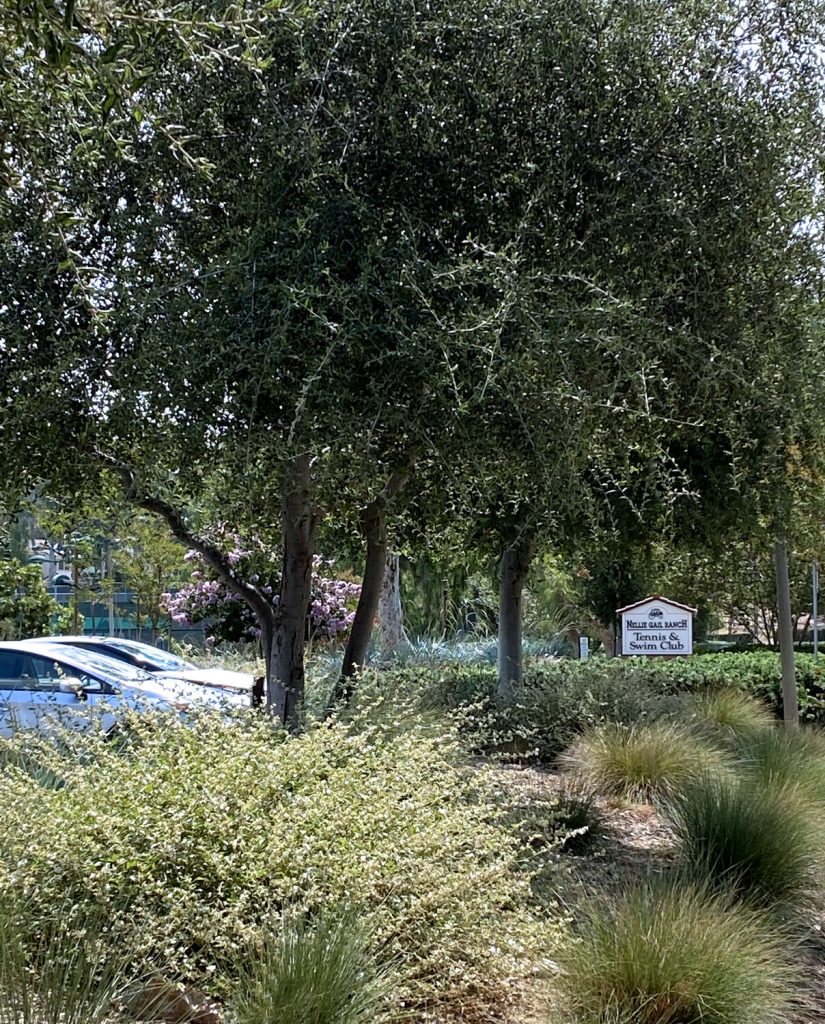 Seventy-five percent of the project’s plant palette is native to the California Floristic Province and ecoregion, including some plants that are vulnerable, endangered or rare due to urbanization and habitat destruction, such as the Engelman Oak and Catalina Silverlace subshrub. Unlike the static, commercial-style ‘before‘ entry (below), this landscape is alive with birds, butterflies, insects, pollinators and is an uplifting experiential transition to the club amenities inside the gate. 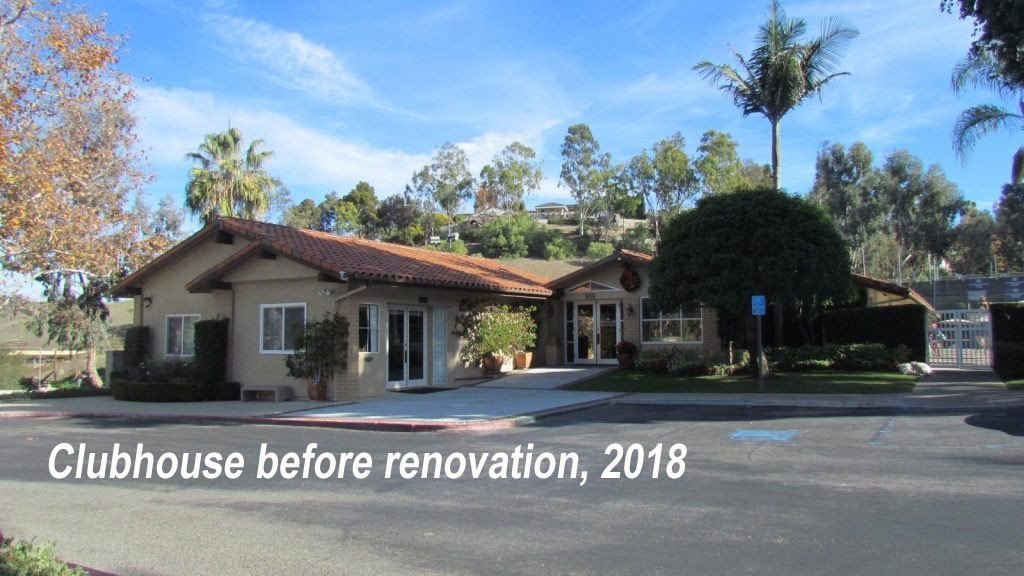 Enhancing the brand value of the community’s clubhouse and tennis facility were paramount to the project. By utilizing simple planting design techniques, such as varying form and texture, integrating a few non-native species featured elsewhere in the community for continuity, and including powerhouse plants for pollinators, even this semi-commercial environment became a win/win landscape. Restoring habitat value – in a relatively small footprint – was a priority which was accomplished while simultaneously enhancing aesthetics. 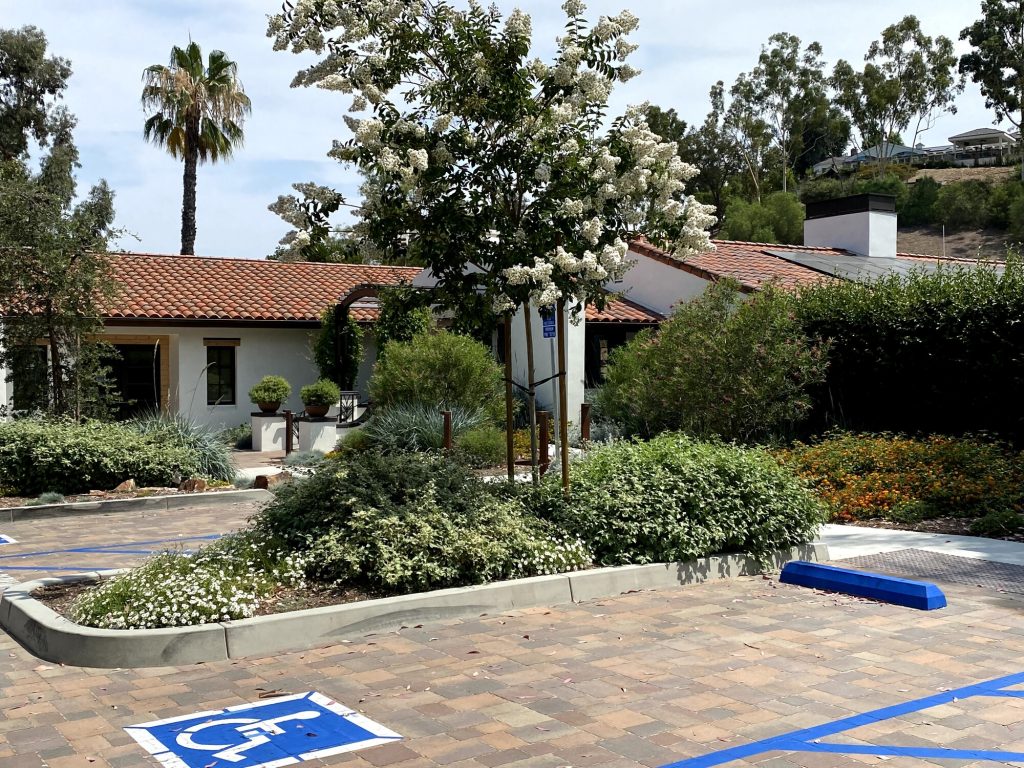 While choosing a plant palette based on ‘water-wise’ attributes was not a particular focus of plant selection, this result is inevitable when plants are chosen for the appropriate ecoregion. Considering future climate trends, plants such as Desert Willow and Baja California’s Coral Vine (on arbor) were included from the adjacent, desert regions to the east and south. While the new landscape is far more vibrant than the old, the water use after establishment will be reduced by 50 percent or more depending on seasonal rainfall. Importantly, the ET curve of this landscape is inverted from the old, which was a lawn-based landscape featuring plants from climates with high summer rainfall. This palette responds best to natural winter rainfall and periodic summer irrigation, so watering techniques must change, too. Frequent, shallow watering must be replaced by deep, infrequent irrigation events which emulate natural, or monsoonal, rainfall.

The landscape is irrigated with inline drip in areas too narrow for rotating nozzles, and with mid-range-throw rotating nozzles for larger areas. This is an ideal hydrozone configuration for native and low water plants because it discourages the salt buildup, and hyper-saturated soil surface, common in inline drip installations. An added bonus…it will lower maintenance costs over the long term as compared to installing large drip-line grids. This ‘rain-like’ irrigation regime discourages the summer fungal pathogens which often plague traditionally irrigated, or fully drip irrigated, native and low-water landscapes in our climate. 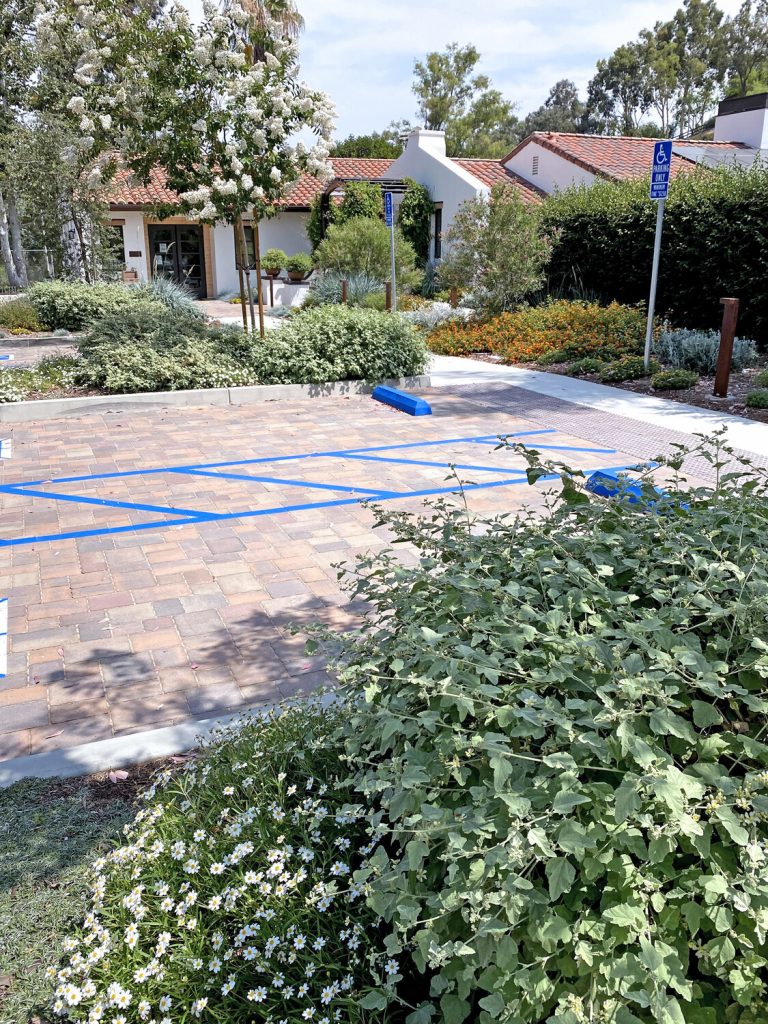 There is something about a naturalistic landscape style that invites observation, play and interaction, even if it has been partially formalized for the practicalities of a commercial site. In the new clubhouse entry, children in the community have placed brightly painted cobble with inscribed inspirational words and images. Children are too often actively discouraged from fully inhabiting the homeowner association-managed landscapes in which they live and play. This lively planting makes room for children and invites them to observe the richness of life in their community and to interact with it. 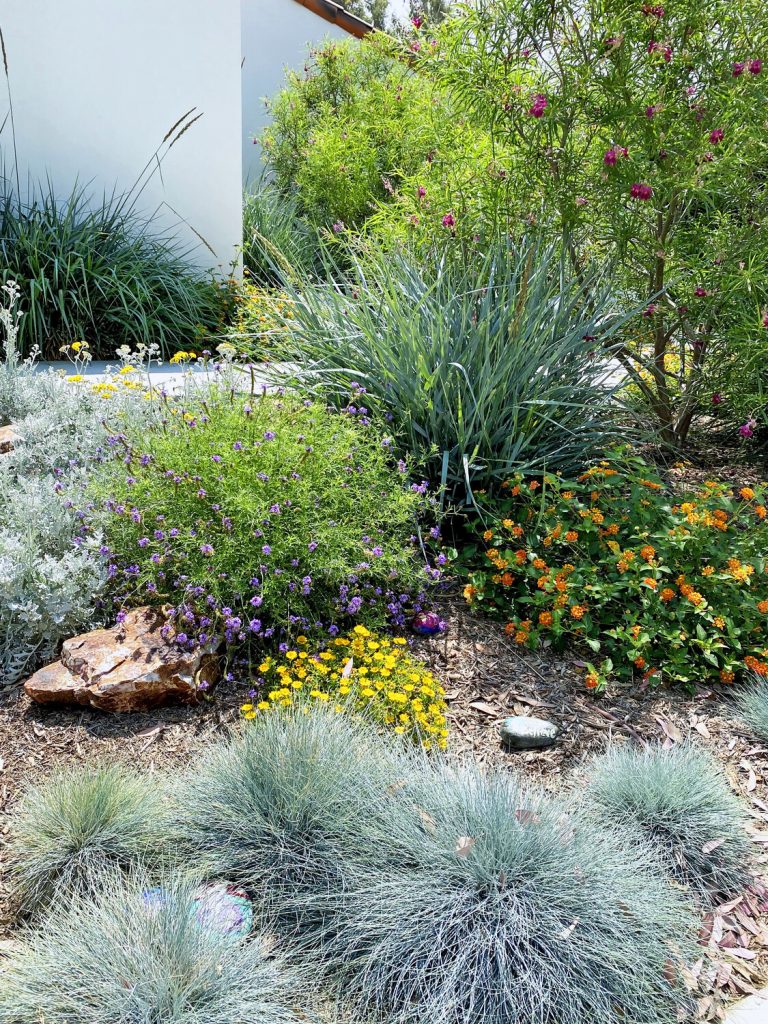 There is no doubt that the installation of this landscape was a leap of faith for the community, the installer, and for the maintenance crew who cares for it. This is where in-person, post-establishment designer interaction is essential for its health and longevity. Watering issues can be isolated early on and maintenance staff can feel comfortable addressing simple questions and concerns with the designer which might mean the difference between success and an abrupt return to old and familiar ways. Choosing plants for their mature size and form discourages maintenance crews from carving up grasses and shrubs into unnatural shapes. 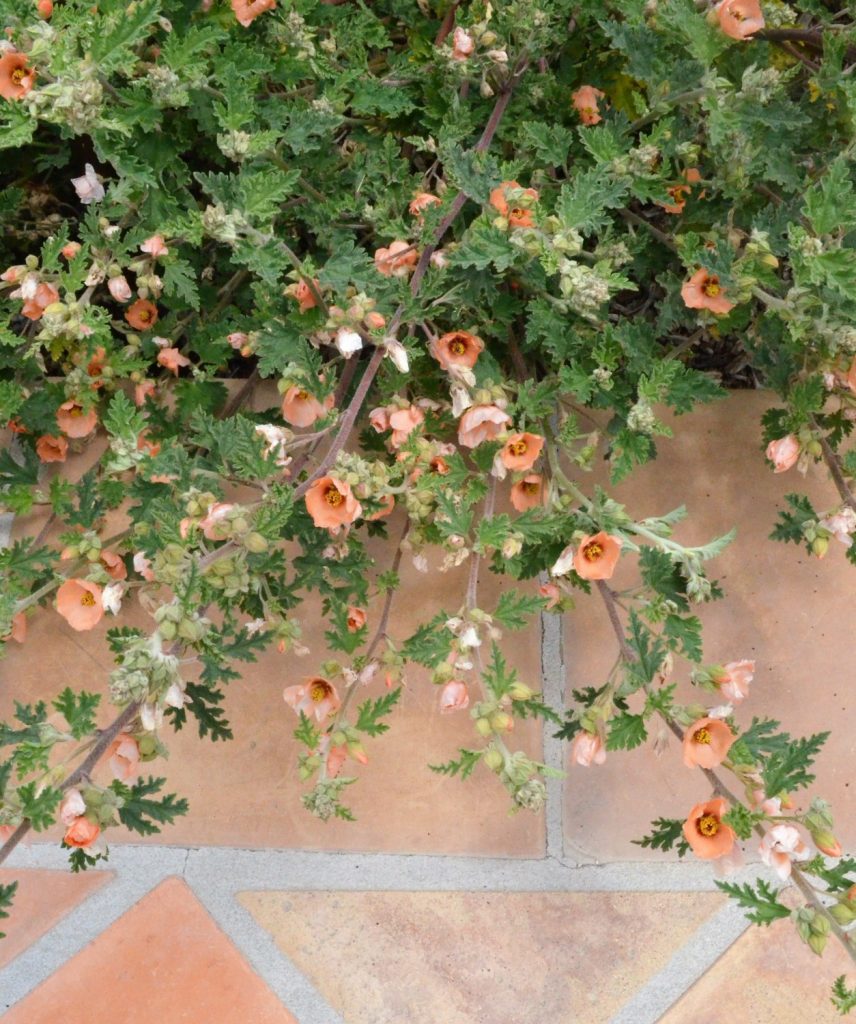 The fact is, we need more hybrid landscapes like this because they matter. Even more so with the current risk of fire, drought, flood, and continuing sprawl. They take land that was biologically inert at best, and physically and psychologically toxic at worst, and deliver life-supporting nourishment to the wildlife and people in our midst. Its form might not restore a bygone, authentically ‘native’ landscape, but for the birds, native pollinators, community members, maintenance crew, and neighborhood children, it’s a win-win landscape.